Gale Virtual Reference Center is a database containing reference works (dictionaries and encyclopedias). It may be a very helpful resource for you.

Finding encyclopedias in Discovery is very similar to finding books. There is just one additional step, adding "encyclopedia" as one of your keywords. Below is a screenshot of how to search for encyclopedias in the Libraries' Catalog. 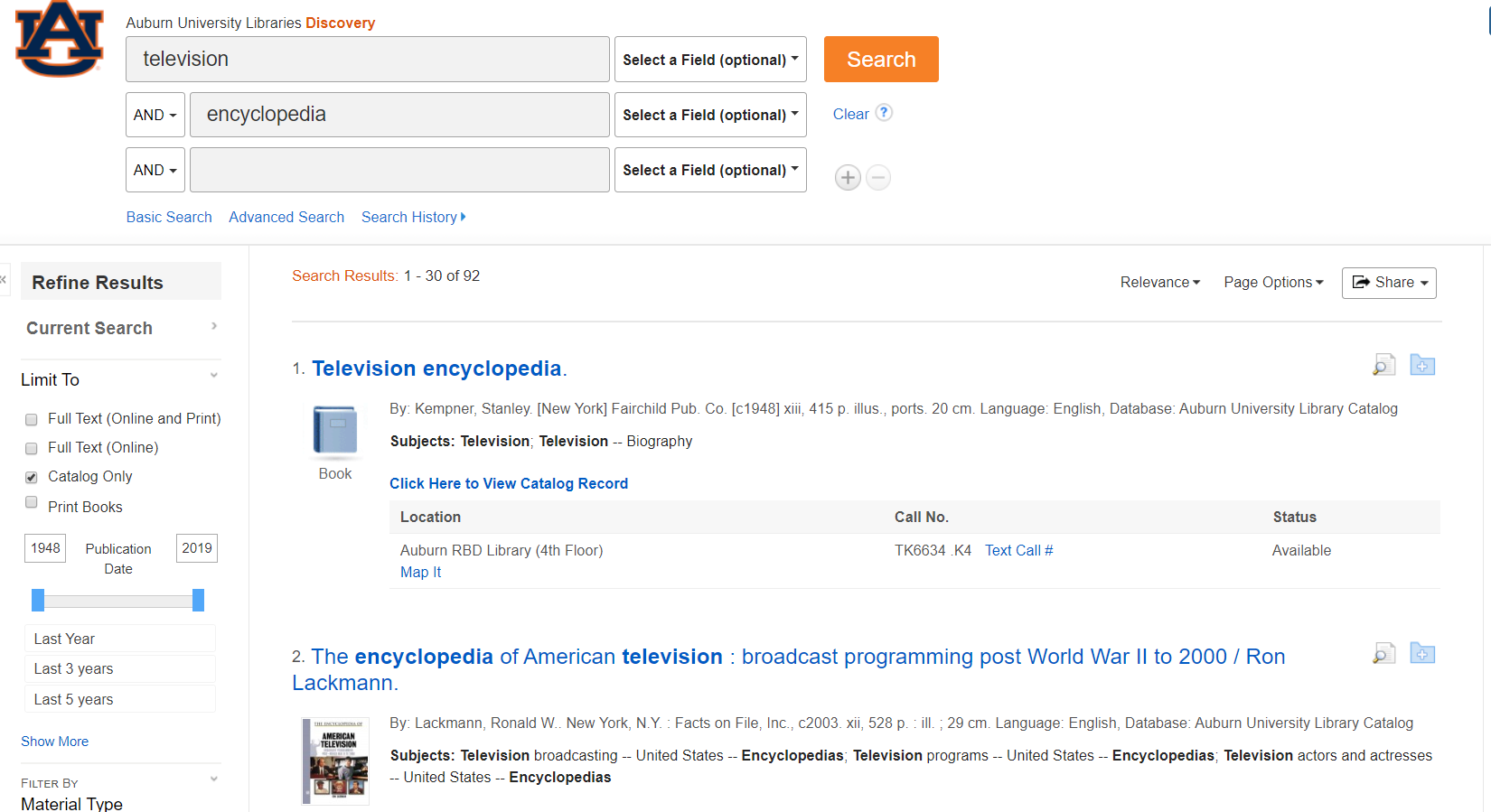 Below are a few encyclopedias from the Library Catalog that you may find useful.