Auburn University Libraries is pleased to offer over 50 discrete collections from Adam Matthew. Explore various countries and time periods through their journalism, government files, diaries, and correspondence among other media. You can use the Collection By... page to narrow your search, or you can broaden your search by using AMExplorer and search all the collections. 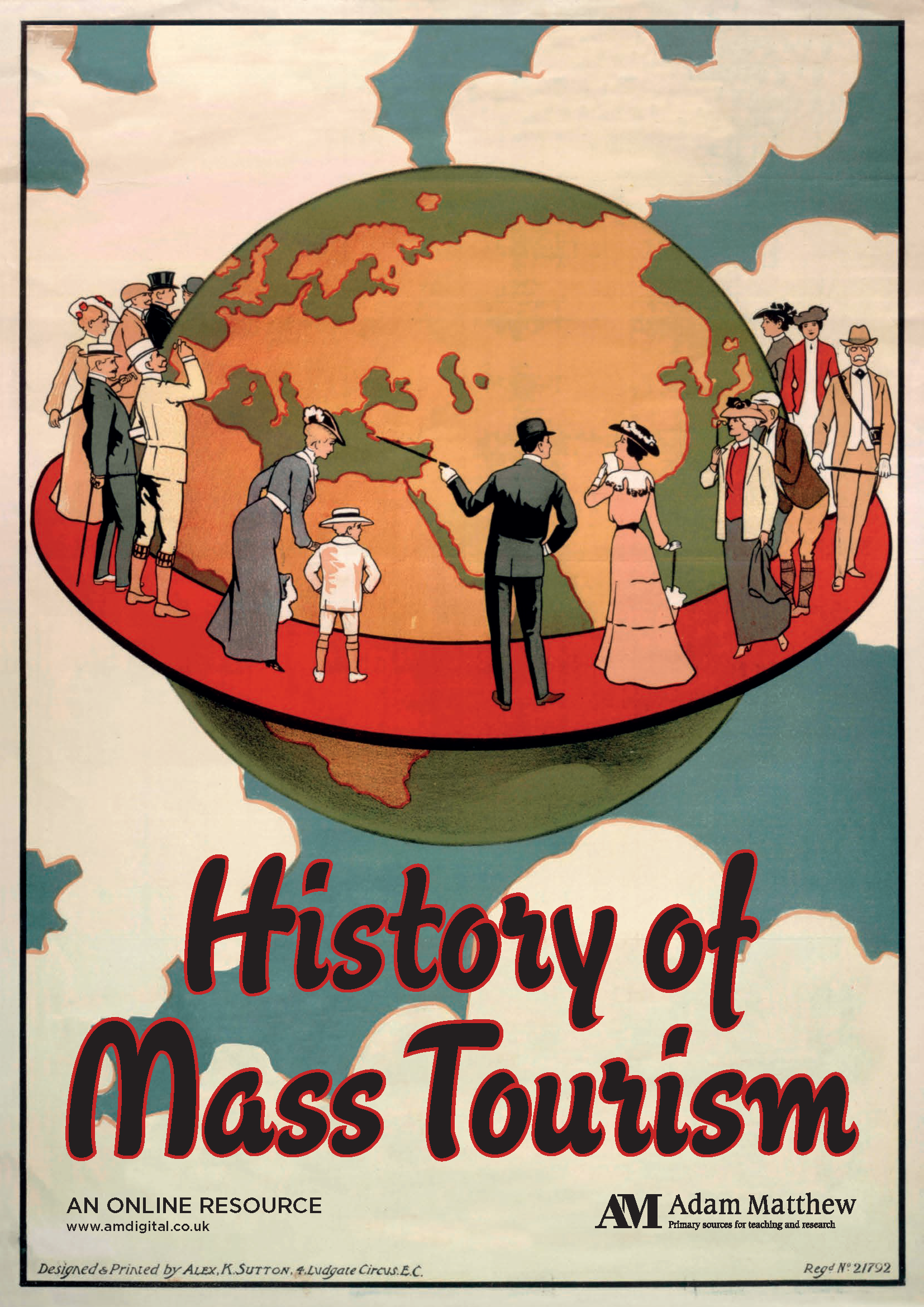 Leisure, Travel and Mass Culture: The History of Mass Tourism

This collection charts the development of one of the world's largest and most culturally significant industries. The growth of leisure travel has profoundly influenced global society in the past two hundred years and the unique primary sources in this resource allow scholars and students to trace the evolution and impact of the phenomenon.

From the emergence of travel agencies in the 19th century, to the impact of wilderness tourism on American national identity, and the golden age of package holidays in the 1970s, this content offers a wealth of essential material for any scholar or student of social, cultural and business history.

Only five major letter collections exist from fifteenth century England and the are all available online for the first time in this digital resource.

The Paston Family Papers have long been a subject of both literary and historical interest. The are Britain's first surviving records of private correspondence, describing everyday life in East Anglia during the Wars of the Roses.

In addition, four other valuable collections are included relating to medieval families in Essex, Oxfordshire, Yorkshire, and Warwickshire, c. 1400-1490.

From personal collections and rare printed material, to military files, ephemera and artwork, The First World War highlights the experiences of soldiers, civilians and governments on both sides of the conflict and in multiple theatres of war. Covering an array of international perspectives, the resource showcases intimate personal narratives, wartime propaganda and recruitment material, the truly global reach of the conflict, and the role of women in war through various documentary and visual forms.

This module is drawn entirely from the unparalleled holdings of the Imperial War Museum. There is a major emphasis on visual sources - photographs, artwork, posters, film clips and museum objects. Also included are substantial documentary materials - manuscript, rare printed and ephemeral sources - which help to contextualize dominant themes covered by the visual sources, such as the international dimensions of the conflict, the Home Front and the role of women in the war. 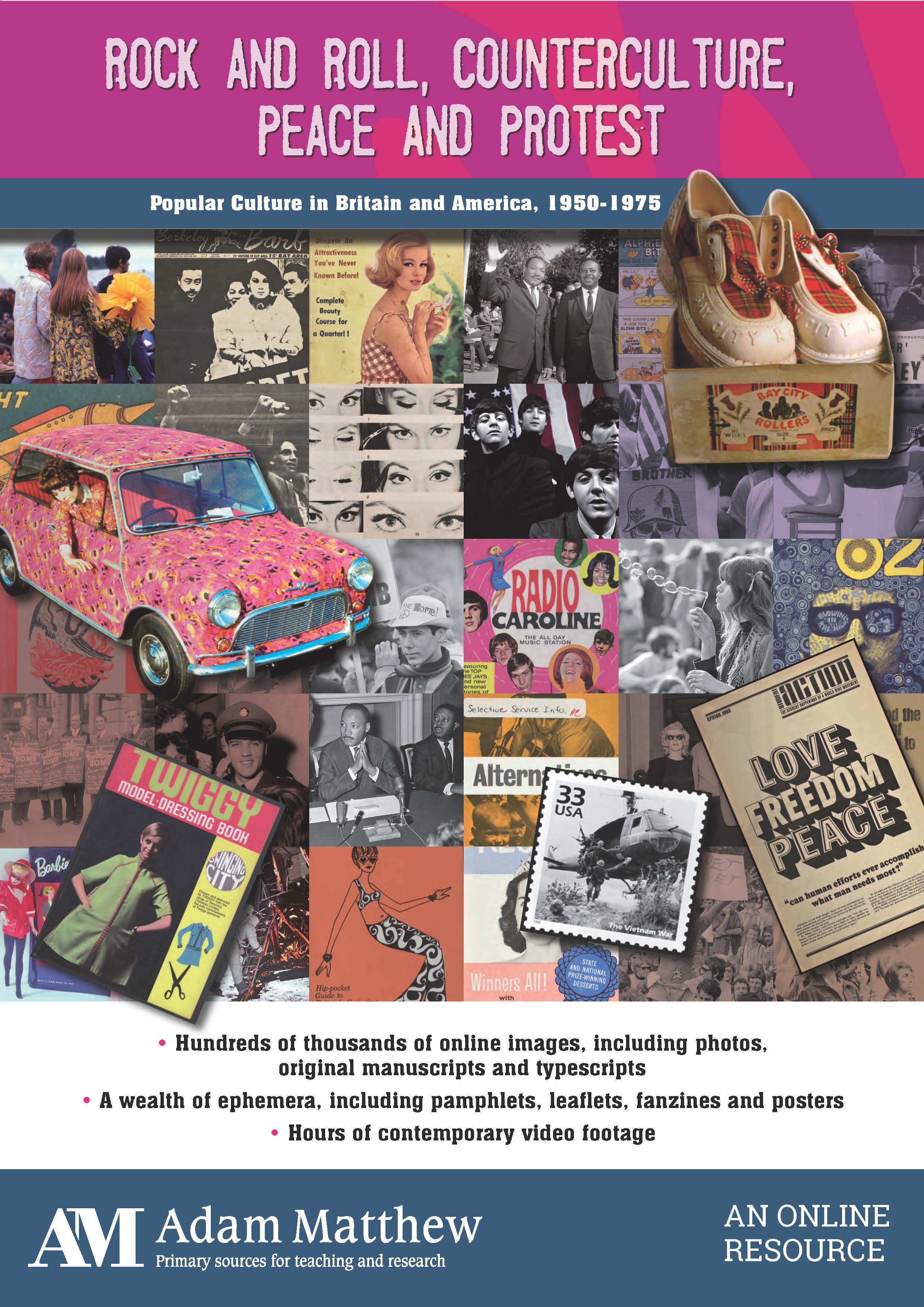 From the austerity of the 1950s to the excess of the 1970s, discover the period through a wealth of printed and manuscript sources, visual material, ephemera, and video clips.

Music, Politics, Fashion, Youth Culture -- the period from 1950 to 1975 witnessed dramatic changes in society. There was the onset of Rock & Roll, the introduction of computers and credit cards, the boom of radio and television, and campaigns for Black power, civil rights, and women's liberation.

An essential resource for the study of slavery, the African American experience and world history spanning over 5 centuries.

Designed for teaching and research, this resource brings together documents and collections from libraries and archives from the Atlantic world, covering an extensive time period from 1490. Topics covered include the varieties of slavery, the legacy of slavery, the social justice perspective, and the continued existence of slavery today.

Delve into the pseudo-psychological world behind the advertising of some of America's biggest brands. What motivates women and men to buy and how can knowing that be used to sell?

The collection is a treasure trove of information on some of America's best known brands, containing thousands of reports commissioned by companies such as Philip Morris, Chrysler, Exxon, and CBS on consume goods ranging from tobacco and broadcasting, to cars and hotels. 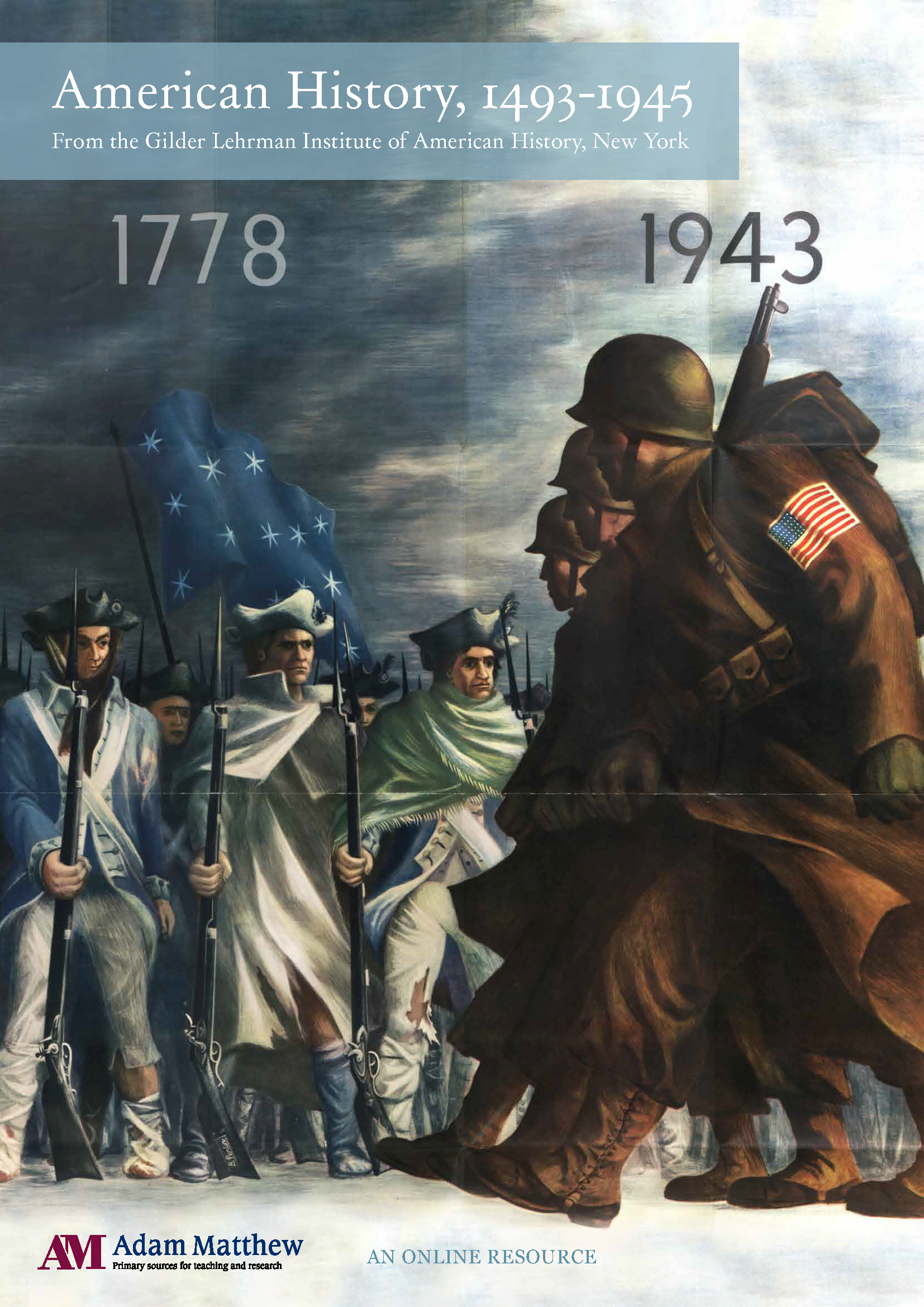 From a voyage of discovery to a nuclear blast, experience the epic vista of over 400 years of American history through thousands of primary source documents.

This collection traces the progress of American history and extensively covers the major themes of the period from colonization and set6tlement through he revolution, expansion, politics, and more

Discover the manuscripts and writings of early modern history with Perdita Manuscripts, 1500 - 1700, bringing together rare materials from female writers and collectors across the British Isles.

This digital resource was produced in association with the Perdita Project based at the University of Warwick and Nottingham Trent University, with the goal of identifying and describing all manner of writings by early modern women, from diaries to works of drama.

These files allow scholars and researchers the opportunity to assess from British, European, and Commonwealth perspective Nixon's handling of numerous Cold War crises, his administration's notable achievements, as well as his increasingly controversial activities and unorthodox use of executive powers culminating in Watergate, and resignation. 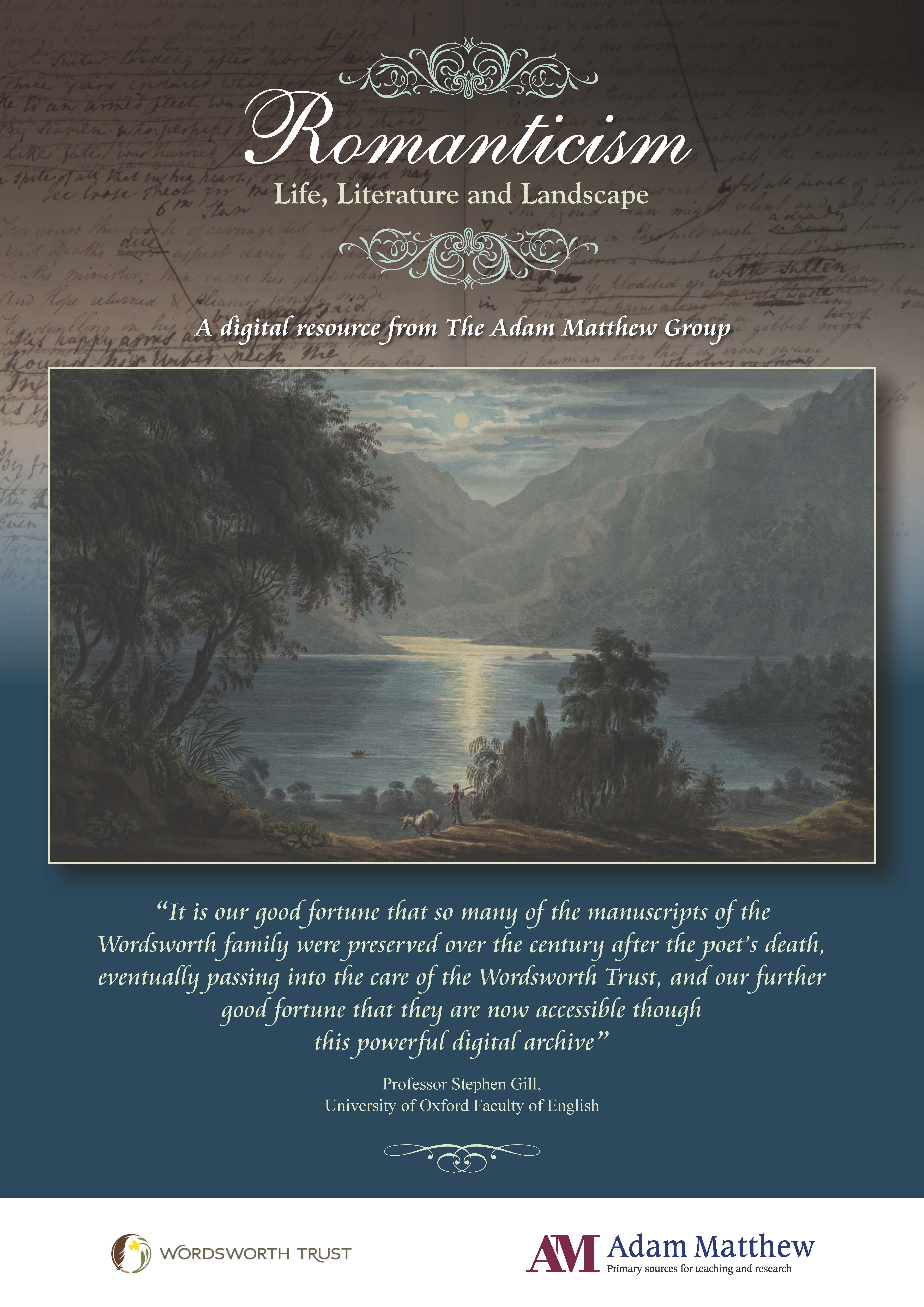 Discover the working methods of Romantic poets and trace the evolution of celebrated verse with the manuscript collections of the Wordsworth Trust.

Researchers and students can trace the interactions of key literary and political figures of the eighteenth and nineteenth century through the mass of personal correspondence and witness the close circles in which contemporary authors and artists moved and how they influenced each other's work.

Manuscripts for the study of Meiji society, culture, ethnology, and education from the papers of Edward Sylvester Morse (1838-1925).

Edward S. Morse was a great polymath -- notable for his work in natural history, ethnography and art history -- but, perhaps most famous for his work in bringing Japan and the West closer together.