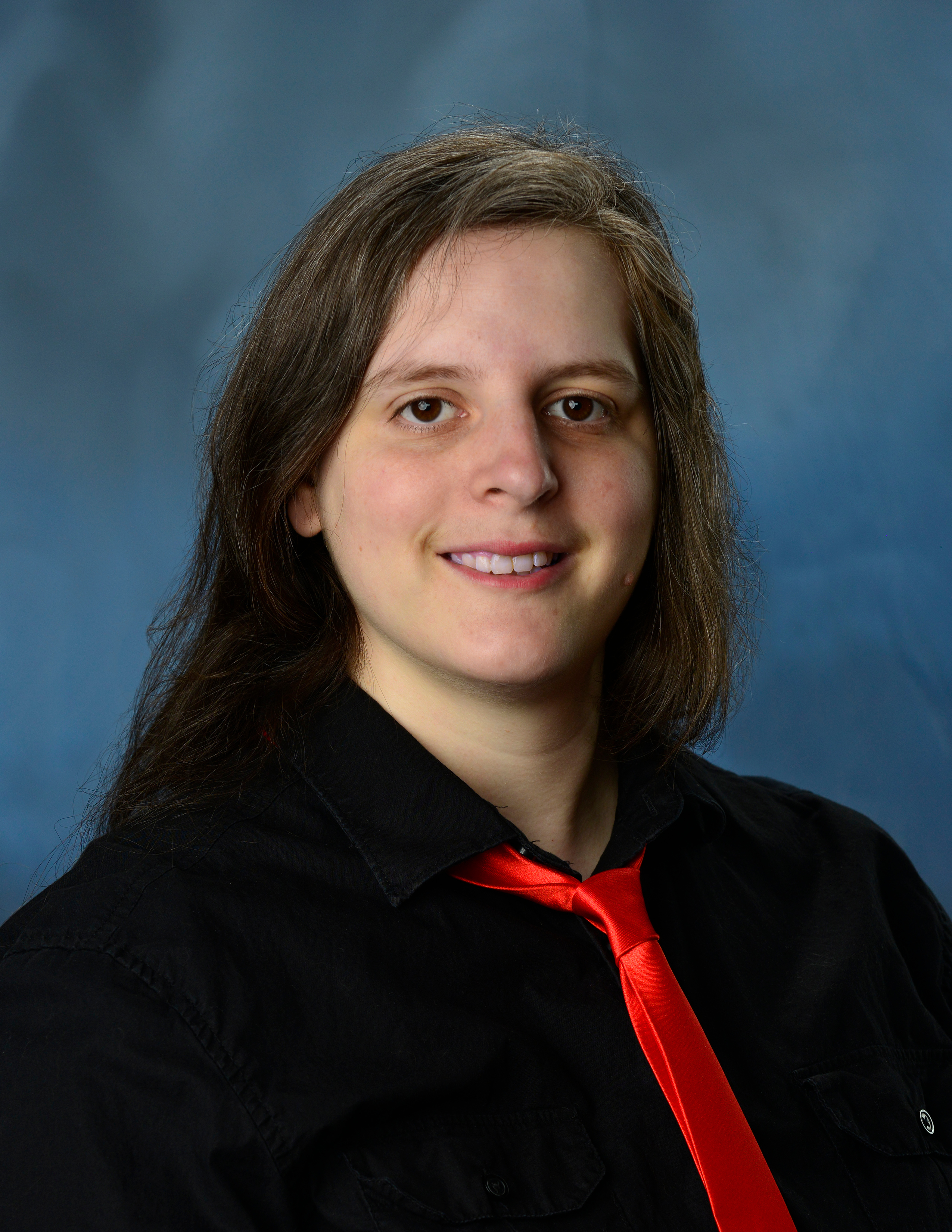 Posting preprints has been popular in disciplines like physics for a while, and it has caught on in many other fields too. It’s easy to see why: publishing preprints gets your work out right away, while still letting you publish the formally peer-reviewed version later. That has some big advantages:

In this week’s challenge, we’ll correct some common misconceptions about sharing preprints and discuss your options for where to post them. Let’s get down to it!

Fact: Posting preprints makes your scholarship freely available to all

You can get the “prestige” of publishing with traditional toll-access journals while still posting your work in places where the public and other scholars can access it. That access means that others can cite your work before it’s been formally published, getting you more citations. More importantly, that access fulfills your duty as a scholar: to advance knowledge for all.

Some worry that if their results are online before publication, others will be able to scoop them by publishing a similar study. Yet, researchers share their work all the time at conferences without similar worries, and in fact having a digital footprint that proves you’ve established intellectual precedence can actually prevent scooping. As paleontologist Mike Taylor points out,

“I can’t think of anyone who would be barefaced enough to scoop [something] that had already been published on ArXiv…If they did, the whole world would know unambiguously exactly what had happened.”

Fact: Receive feedback on your work, before you submit it

If you’re posting your work to a disciplinary preprint server where your colleagues are likely to read it, you can benefit from your community’s constructive feedback ahead of submitting your article for publication.  And even if your work is already in press, you can get feedback on your soon-to-be-published work immediately, rather than months (or years) later when the paper is finally published exemplified by this account from Erin McKiernan,

“I posted the preprint to figshare and submitted to PeerJ on the same day, allowing people to read the manuscript over three months before it got published in a journal. And I had some great discussions with people on Twitter who sent me questions after reading the preprint.”

It’s 100% true that most preprints aren’t peer reviewed beyond a simple sanity check before going online for the world to see. It’s possible that the lack of peer review means that incorrect results could get circulated, leading to confusion or misinformation down the line (of course, peer-reviewed work is also often retracted or modified after publication too). A great tool to manage the versions of a paper, including preprints, is CrossMark, which was invented to provide an easy-to-find breadcrumb trail that leads from the preprint to the peer-reviewed paper to any subsequent, corrected versions of the paper.

By posting your preprints, others can more quickly build upon your work, accelerating research and discovery.  After all, it can take years for papers to be published after their acceptance. And that can lead to situations like Mike Taylor’s:

“We wrote the bulk of the neck-anatomy paper back in 2008 — the year that we first submitted it to a journal. In the four years since then, all the observations and deductions that it contains have been unavailable to the world. And that is stupid.”

Preprints will help you circumvent publication delays that would prevent your colleagues from reading your work – potentially years-long delays!

Fact: Preprints can accumulate citations prior to formal publication

A major advantage to preprints is the speed with which they can accumulate citations. Scientists report getting citations for preprints in articles that are published before their articles are, and citing others ahead of their article’s formal publication. Would you prefer that others didn’t cite your preprint, and waited for the final copy? That’s as easy as adding a warning to the header of your article (as we see here and here).

“Wait.  Shouldn’t only peer-reviewed work be included in a reference list?“  Increasingly the answer is, “No. Not exclusively.”

It’s a common misconception that if you post your preprints online before they’ve been published, most journals won’t allow you to publish it formally, citing “prior publication.” As ecologist Ethan White points out,

The vast majority of publication outlets do not believe that preprints represent prior publication, and therefore the publication ethics of the broader field of academic publishing clearly allows this. In particular Science, Nature, PNAS, the Ecological Society of America, the Royal Society, Springer, and Elsevier all generally allow the posting of preprints.

And some publishers (PLOS, PeerJ, and eLife, among others) even encourage the posting of preprints! You can check this list of preprint policies or Sherpa/Romeo to find out what the policies are for your journal of choice. If you’re still unsure, contact your liaison librarian or your journal’s editors for more information.

Options abound for posting your preprints. Note that some of the following options are considered commercial repositories, and thus might not be eligible for use under some publishers’ conditions.﻿

Figshare is a popular, discipline-agnostic, commercial repository that’s free to use and has a CLOCKSS-backed preservation strategy. Figshare issues DOIs for the content it hosts, offers altmetrics (views and shares) to help you track the readership and interest in your preprint, and requires CC-BY licenses for publicly accessible preprints. Figshare’s commenting feature allows for easy, public feedback on your work.

One downside to Figshare is that it’s easy for your preprint to get lost in the mix among all the other data, posters, and other scholarly outputs that are shared on the site, from many different disciplines. It’s also a for-profit venture, meaning it wouldn’t meet the non-commercial requirement that some journals have for preprints.﻿

Like Figshare, PeerJ PrePrints will not meet the “non-commercial” requirement for sharing preprints that some journals may have.﻿

arXiv is one of the oldest and most famous preprint servers, and it serves mostly the physics, maths, and computational science communities. It’s a non-profit venture run by Cornell University Library, meaning it meets the “non-commercial” requirement of some publishers. By virtue of being a disciplinary repository, it’s a good place to post your work so that others in your field will read it.

Two drawbacks of ArXiv are that it’s not often used by those outside of physics and its other core disciplines, and that it doesn’t offer altmetrics, making it impossible to know the extent to which your work has been viewed and downloaded on the platform.  Though potentially frustrating for authors, ArXiv makes a philosophical argument that collecting and displaying download statistics is not as useful of a practice as it might appear to be.﻿

bioRxiv is popular with researchers in the life sciences (biology in particular, as you might have guessed) and operates in a manner similar to arXiv (non-profit, stewarded by Cold Springs Harbor Laboratory, and discipline-oriented). Authors can upload their preprints, which are assigned a DOI. Users can give feedback on preprints via the simple-to-use commenting function (a good example of which can be found here).

The Open Science Framework is a scholarly commons that aims to close the loop on the entire research cycle. Their service, OSF Preprints, is a platform that preprint services can use as the infrastructure to support their communities.  As such, it is a good place to begin searching for preprints as it acts as a syndicate of all the archive services based upon it.

With academics’ increased attention on the shortcomings of the academic publishing system, along with the demonstrated success of preprints servers like arXiv, the number of disciplinary preprint servers has grown tremendously in the past several years. And it is continuing to grow!  This is a non-exhaustive list of preprint servers organized by discipline. Some of these host work outside the stated discipline categories where boundaries between subjects are blended. Even though the practice of publishing preprints started in the sciences, it is quickly gaining popularity in other fields. Scholars in law, humanities, and the social sciences are having success with posting their preprints.

For this week’s homework, you’re going to do some due diligence. Use this list of preprint policies and Sherpa/Romeo to learn what journals in your discipline allow pre-publication archiving, and do some thinking on how you can share your next manuscript prior to publication. That way, when you’re writing your next one you’ve got a preprint server in mind for it, so you can share it as quickly as possible. Remember – the more content you’ve got online and freely available, the more everyone benefits (including you).

This guide is based on the "30-Day Impact Challenge" by Stacy Konkiel and used here under a CC BY 4.0 International License and the OU Impact Challenge which is also licensed CC BY 4.0.  Many thanks to those authors for creating and sharing these materials.